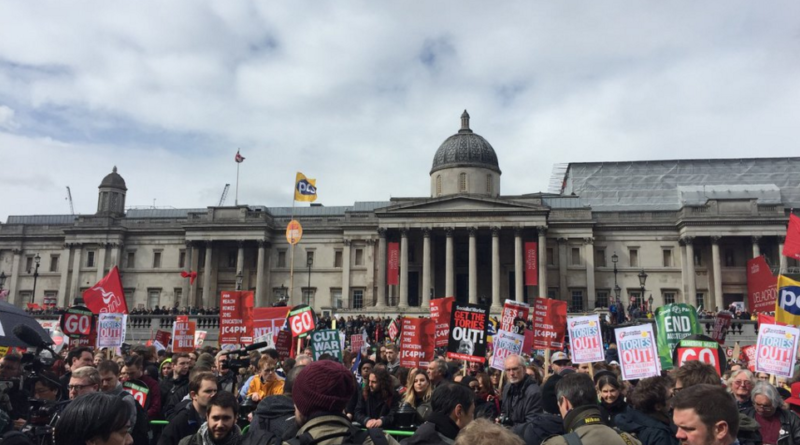 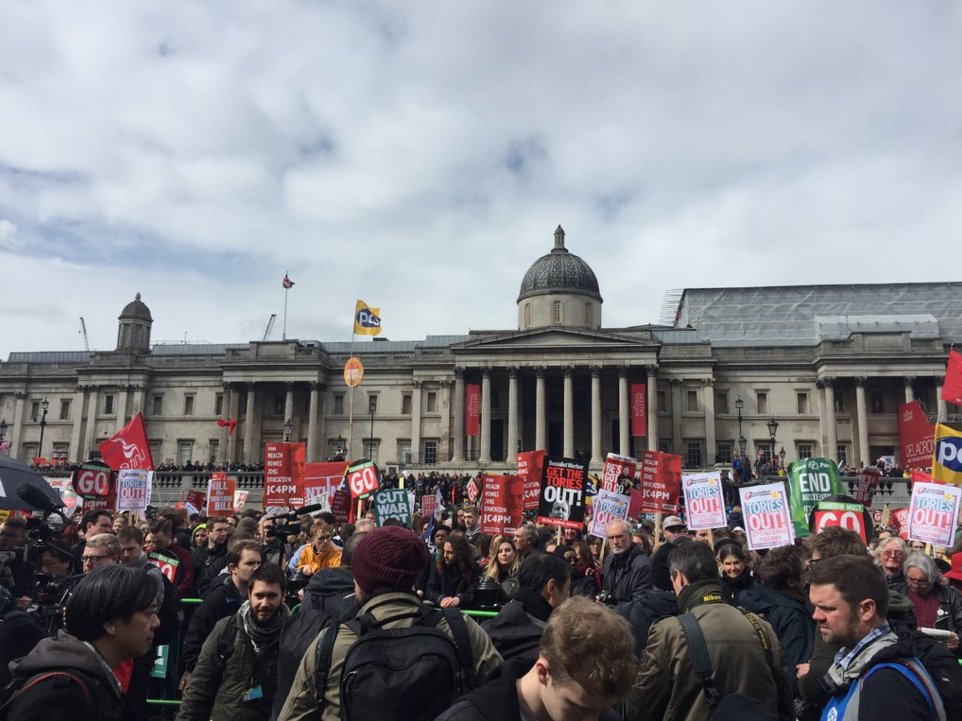 Bangla sanglap desk: A protest calling on David Cameron to resign has brought more than 50,000 people onto the streets of London.

The March for Health, Homes, Jobs and Education was organised by activist group the People’s Assembly. The demonstrators called for an end to austerity, and demanded that David Cameron quit over the revelation that he profited from his father’s offshore investment fund.

Before setting off, the crowd was addressed by Dianne Abbott MP and junior doctors involved in organising strikes against the new contract that Health Secretary Jeremy Hunt is seeking to impose.

Ms Abbott said: “I’m so glad to be here to pass on Jeremy Corbyn’s absolute support for this demonstration. There couldn’t be a more important movement and demonstration than this one today.

“Austerity is a threat to the National Health Service and to our public services. We must unite to defend them.”

The People’s Assembly used the protest to make “Four Demands”. With regards to health, they called for an end to Government spending cuts and the alleged privatisation of the NHS. The protestors’ demand over housing included rent controls and the protection of social housing.

On jobs, they called for a universal living wage and the scrapping of the Trade Union Bill, and they also demanded an end to student tuition fees and “the marketisation of education”.

Probation worker Michaella Hagger, 27, said: “I’m here because I hate David Cameron. It’s all about the cuts, tax dodging, and the NHS for me. They are ruining people’s jobs and making it impossible for everyone.”

Also on the march was feminist protest group Sisters Uncut. They said: “Sisters Uncut are marching with student nurses for a society in which everyone has a secure livelihood, and no one is financially dependent on an abusive partner.”

The march was supported by trade unions and a number of activist groups. The Radical Assembly organised a “No Jobs” bloc calling for “full automation” of the economy and “an end to the ‘paid work is good for you’ culture”, while a delegation from the Fire Brigades Union drove a fire engine along the protest route playing disco music. 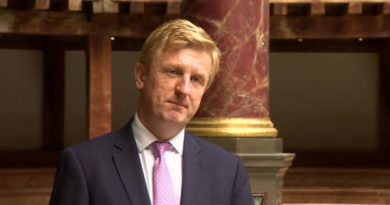 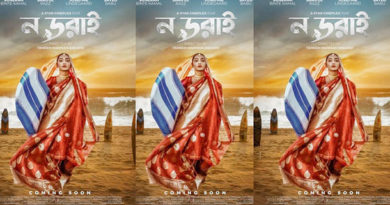 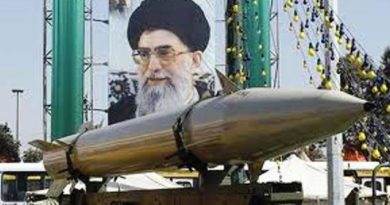