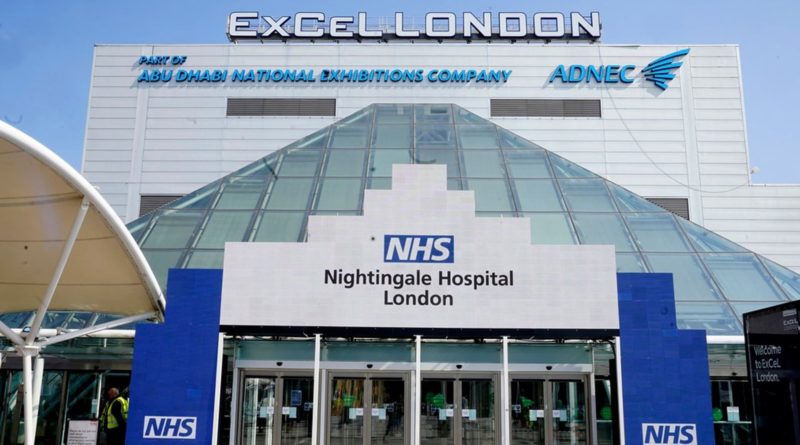 On 24 March, the government announced it would turn the ExCeL Centre in London’s Docklands area into a temporary hospital to cope with patients affected by Covid-19.

Due to open this week, NHS Nightingale Hospital London will have between 4,000 and 5,000 beds.

The Ministry of Defence has been helping set up the temporary hospital.

Different command elements gather inside the Excel Centre to plan the build.

Nearby London City Airport has stopped all commercial flights until further notice and the airfield will be offered to the government “to help with the national effort” against coronavirus.

Thousands of EasyJet and Virgin airline staff are being offered work at the hospital.

The workers would be changing beds, performing other non-clinical tasks and helping doctors and nurses working on the wards, the NHS said.

A model of a patient can be seen being moved on a trolley below.

England’s chief nursing officer, Ruth May, said: “The NHS is mobilising like never before but the scale of this challenge has not been seen in peacetime, so we need all the support we can get.

“Thousands of nurses, medics and other expert staff are returning to work alongside us but we need everyone to do their bit.”

Two more temporary hospitals are to be built, in Birmingham and Manchester, and NHS England said other sites were being considered across the UK. 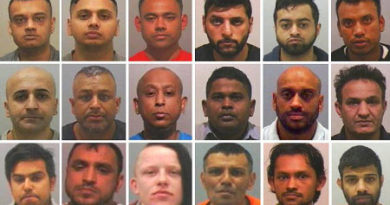 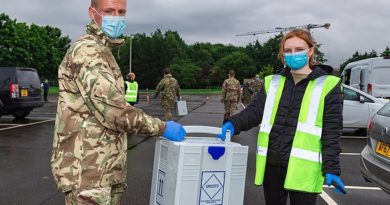 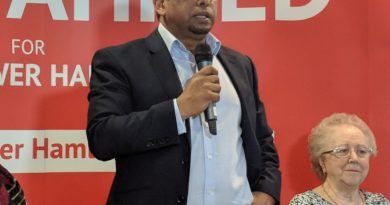