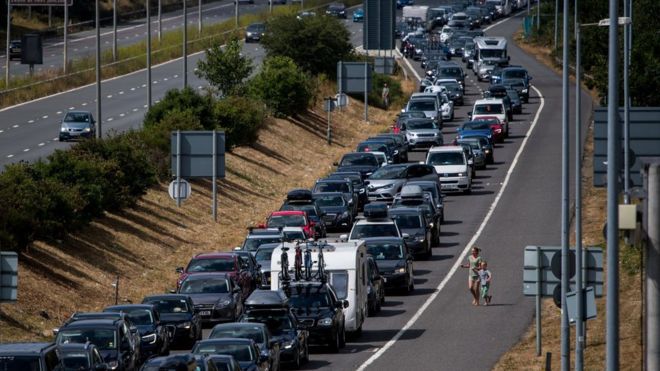 Thunderstorms overnight brought heavy rain and travel disruption as the UK heatwave came to an end.

Passengers trying to get on Eurotunnel services have been warned they face a three-hour wait after the heat caused air conditioning problems on trains.

There are further flight cancellations due to thunderstorms in Europe, and two-hour waits for ferries in Dover.

Flights from Edinburgh, Birmingham, Luton and Stansted were delayed and some cancelled after temporary restrictions were put in place during the thundery weather on Friday.

A Met Office amber warning has been put in place for Northern Ireland, where heavy rain and thunderstorms have led to flooding.

On one of the busiest weeks of the year for cross-Channel operator, air-conditioning units on Eurotunnel trains failed meaning some carriages could not be used.

The company says the problem is likely to continue for the rest of the day and possibly into Sunday. It has also had a train taken out of service due to a fault.

Eurotunnel said the problems were due to “unprecedented” weather conditions and not a lack of investment in the stock.

‘How to ruin big family holiday’
Passengers were advised to take drinking water and find toilet facilities before arriving at the Folkestone terminal.

Trying to reach the terminal on Saturday morning Sarah Dodwell said: “Queuing on the M20 for Eurotunnel – how to ruin a one-week big family holiday.

She said traffic on the M20 was very slow-moving and some cars were driving down the hard shoulder to beat the queues. 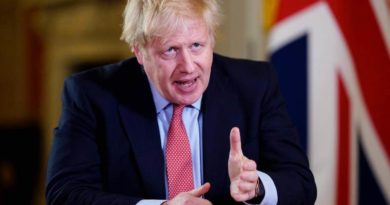 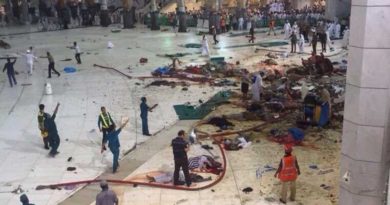