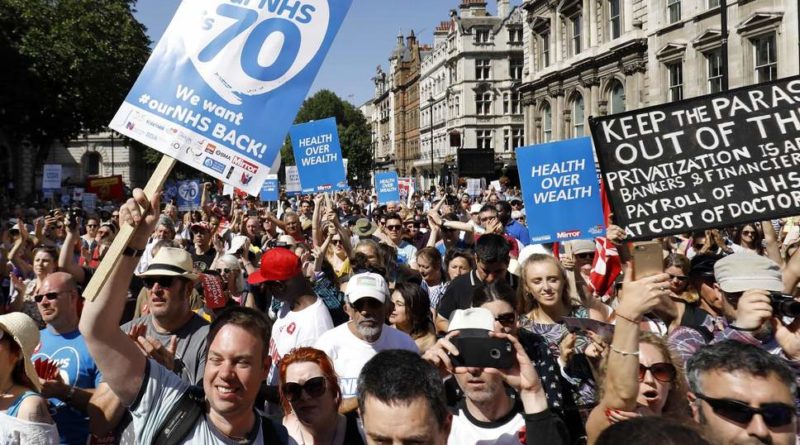 Bangla sanglap desk: Thousands of demonstrators have descended on central London for a march marking the 70th anniversary of the NHS.

The huge rally is taking place to call for more money for the health service and demand an end to cuts and privatisation of services.

Doctors, nurses, health campaigners, union members and other supporters of the NHS marched on Whitehall just after 2pm on Saturday.

Protesters carrying placards and banners reading “Standing together for the NHS” and “NHS SOS” streamed down towards Parliament.

Chants including “Shame on you Tories” and “Hey, ho, Jeremy Hunt has got to go” rang out as the march paused outside Downing Street in the afternoon sunshine.

Marchers then proceeded to a stage at the bottom of Whitehall by Parliament Square, where Jeremy Corbyn addressed crowds.

Taking to the stage, Labour leader Jeremy Corbyn called on attendees to have the “absolute determination that we will go to the end of the earth and beyond to defend our National Health Service”.

He appealed to the Government, saying: “In the name of equality, in the name of justice, pay the social care needs that are necessary so people can live with dignity.”

He added he felt very strongly about the provision of mental health care in Britain.

“I want to live in a society where we have a health service worthy of the name ‘paid for by all of us, for all of us’. It’s called socialism.

“I want to see the same principles applied in education and in housing,” he said, forced to pause as cheers erupted.

The now-familiar “Oh Jeremy Corbyn” chant was sung as he finished his speech to thunderous applause.

As he stepped backstage, dozens of supporters crowded around, shaking hands and snapping selfies with the Labour leader.

Other politicians, as well as actors, musicians and union leaders also spoke at the event over the course of the day.

TUC general secretary Frances O’Grady said she was proud to mark the 70th anniversary of the NHS, which she dubbed “Britain’s best ever socialist achievement”.

She told crowds: “The only reason the NHS has kept going is because of our wonderful staff.

“Not just the doctors and the nurses, but the porters, the cleaners, the caterers.”

She added: “Don’t let any of those poisonous politicians who want to scapegoat migrant workers divide us. We are united.”

Valerie Bossman-Quarshie, a Labour activist and volunteer, said she wanted to give the NHS a “really good cheer” as she held a birthday card aloft to be signed by passing demonstrators.

One of her babies was delivered at St Thomas’ Hospital when her waters broke on the bus, and she has also received counselling after losing twins at nine weeks.

The Londoner said: “It’s been really amazing – I almost ran out of pens.

“Everyone has come up to me saying ‘that’s a nice poster, is it a card?, and taking pictures and saying ‘Oh I didn’t know it was their birthday’, because everyone thinks it’s just a march, but it’s actually a celebration so we need to get behind it and really trumpet big.”

“They’ve been there for me when I was sick and I just want to be there for them,” she added.

Saturday’s protest was organised by groups including the People’s Assembly and unions. 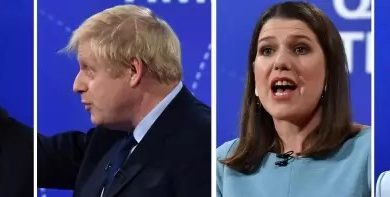 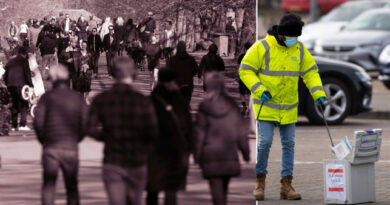 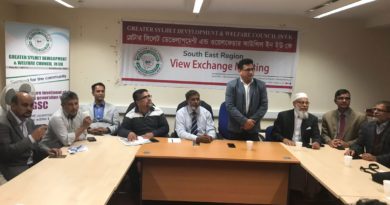