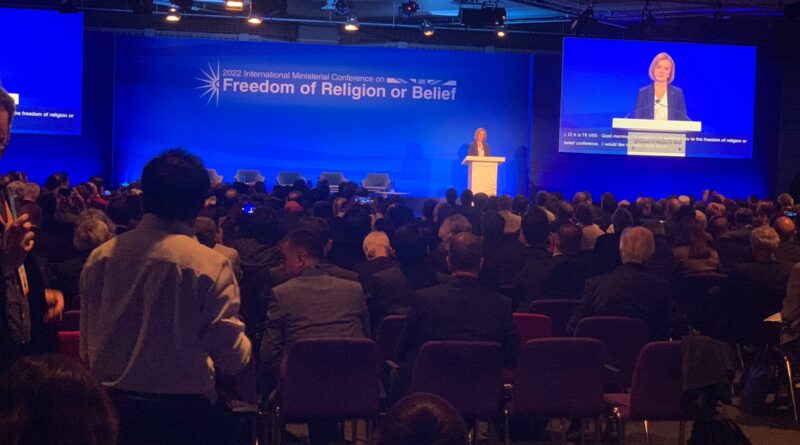 Bangla Sanglap Report: The UK will host 500 faith, belief, government and civil society leaders from 60 countries in London on July 5 and 6 to call for more action to protect the freedom of religion or belief (FoRB) around the world.

·Foreign Secretary Liz Truss will call out abuses, including in China, Hong Kong, Nigeria and Afghanistan, and say religion is “collateral damage” in Russia’s invasion of Ukraine.

·The UK will announce £500,000 of funding to support everyone’s “fundamental freedom” to follow a religion or belief.
The UK will today (Tuesday 5 July) welcome faith, belief, government and civil society leaders from around the world to London to boost efforts to promote freedom of religion of belief (FoRB) internationally.

In a speech at the QEII Centre, Foreign Secretary Liz Truss will say FoRB is a “fundamental freedom” like free speech or democracy.
More than 80% of the world’s population live in countries where FoRB is under threat.
The Foreign Secretary will call out the “appalling persecution of the Jewish community over centuries”, China’s targeting of Uyghur Muslims in the Xinjiang region, the persecution of Christians in Nigeria and the plight of minorities in Afghanistan.

Ms Truss is expected to say:
“The freedom to believe, to pray and commit acts of worship is a fundamental human freedom and has been one since the dawn of time. Societies that allow their people to believe are better and ultimately more successful.

Article 18 of the Universal Declaration of Human Rights.”

She will respond to Russia’s invasion of Ukraine and the impact it has on people’s ability to practice their faith or belief addressing an audience that will include a Ukrainian delegation, telling them the UK will not rest until “your people are free to live, believe and thrive”. She will add:

“Vladimir Putin and his enablers think Russia is waging a holy war, but in truth nothing is sacred. We are seeing growing evidence of heinous war crimes committed by Russian troops.

“Innocent civilians are having to shelter from Russia’s indiscriminate bombardment in places of worship. Churches, synagogues, and mosques have been reduced to rubble. Religion is proving to be collateral damage from Putin’s aggression.”

Opening the conference, His Royal Highness The Prince of Wales will say in a recorded statement:

“A society where difference is respected, where it is accepted that all need not think alike, will benefit from the talents of all of its members.”

The Prince of Wales will describe the “tragic paradox” of people with strong belief disrespecting others, and he will use the opportunity to urge delegates to “take us closer to our goal” of FoRB for everyone, everywhere.

The UK will also announce today £200,000 in new support for the protection and promotion of FoRB. This will fund awareness campaigns, community programmes and support conflict prevention, as well as providing direct assistance to those facing discrimination based on religion or belief

The UK will pledge another £300,000 to provide British legal expertise to countries where FoRB is under pressure. This support will ensure governments and advocates have a better understanding of the legal steps they can take to implement lasting and legislative change in their country.

“The international community shares a collective responsibility to ensure freedom of religion or belief for everyone, everywhere. Too many people around the world are denied access to this fundamental human right, persecuted, or indeed tragically killed simply because of their faith I look forward to welcoming partners from around the world to London to help drive collective action in defending everyone’s right to freedom of religion or belief.”

“I am delighted that the UK is hosting the International Ministerial Conference in London this week. This is an important opportunity to share best practice and strengthen international alliances, such as the International Religious Freedom or Belief Alliance (IRFBA), which I am chairing this year. We need greater collective action to ensure the right to freedom of religion or belief is protected for everyone, everywhere.” 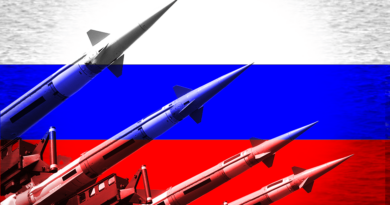 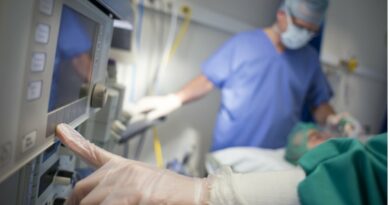 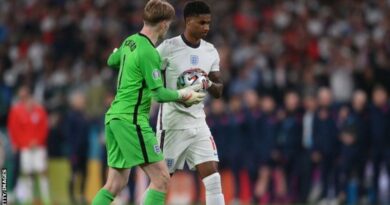