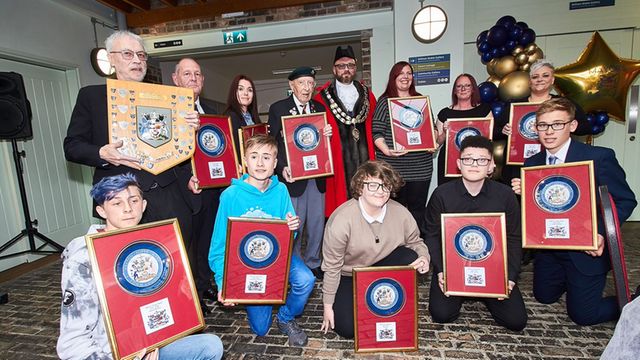 Westonians were honoured in a prestigious award ceremony held at Weston Museum on April 29.
The Mayor’s Awards is an annual event for the outgoing municipal leader to recognise the hard work and dedication shown by residents to their fellow citizens.
In one of his last acts of service in office, Weston’s mayor Cllr James Clayton honoured 11 people and two establishments with an award as esteemed members of society.
These included the Borough Shield, youth awards and special recognition for continued outstanding service.
Weston Town Council heritage, arts and culture committee chairman, Cllr John Crockford-Hawley, played Master of Ceremonies.
Recipients of the Weston-super-Mare Award will feature on the mayor’s Roll of Honour and are as follows.
In 2013 Weston Pride was hosted as a small event in Grove Park. It has since grown and now thousands of LGBTQ+ people feel comfortable to express themselves in the town. The event has now also been recognised by National Pride which Weston will host next year.

Somewhere to Go
The charity located on the Boulevard offers those who suffer from homelessness or poverty and need a safe place to stay and receive support. During the pandemic, staff continued to offer the essential help to those in need.

Sayd Ahmed
Pappadoms owner Sayd Ahmed received the recognition for ‘outstanding contribution to the local community’ for his work with schools and charitable organisations.

Paul Hobbs
Mr Hobbs received the Borough Shield for the ‘greatest assistance to local charities’. With more than 27 years of charity fundraising, Mr Hobbs has raised more than £750,000 for more than 20 charities and hospitals.

Garry Hawkes
Mr Hawkes is a retired fireman and is now the North Somerset armed forces covenant officer and registrar who plays an integral role in planning and executing the remembrance day service at Grove Park.

Reg Charles
Believed to be Weston’s last World War Two veteran, Reg is a regular visitor to schools to give children a talk about the horrors of war. Reg also travels to Europe on occasion to remember the war dead.

Ellison McElroy
Ellison received one of the mayor’s youth awards for overcoming many challenges in his life, including that of bullying. He has grown to be a keen boxer and now volunteers to train and help others use the sport to improve mental wellbeing.

Liam Shepherd
The posthumous youth award was accepted by Liam’s mother Kimberly Shepherd for his work with many charities whilst he was alive. Some of his outstanding work included donating all of his pocket money to help feed vulnerable families and running a marathon in a week to raise money for the NSPCC. Liam was just 11-years-old when he died suddenly.

El Payne
El was recognised with a youth award for becoming Weston’s first pride youth ambassador to help schools team up with Weston Pride to educate people on LGBTQ+ issues. El received the award for helping to ensure everyone feels confident to be themselves.

Nik Andrews
Nicholas is an international multi-award winning motivational speaker at the age of 15. He gives talks on his ‘facial difference’ and also become the famous face of Kinder chocolate to feature its first difference in appearance. He has hosted art exhibitions on antibullying and collaborated with Young Minds to promote mental health awareness.

Archie Matthews
Archie established his own gardening business after seeing the communal space outside his home become overgrown and unusable, so took it upon himself to fix the problem so it could be enjoyed by all. He is also the editor of Priory School’s Jill Dando News Centre which has led him to become a role model to adults and children alike.

Anthony Williams
AJ wanted to buy a games console so earned money to clean cars which quickly become a popular business that received a lot of media attention. A member of the public donated a games console to him so AJ used the money he had earned to buy food hampers for the food bank. 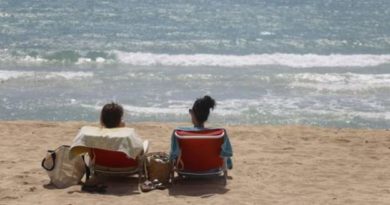 Foreign minister: Spain is a ‘safe country for tourists’ 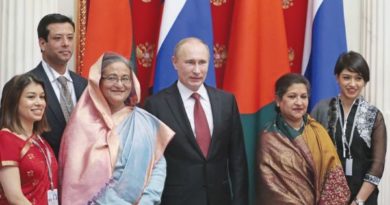 Will Tulip lose it for Labour? 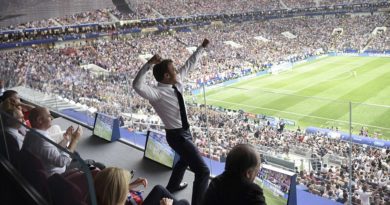