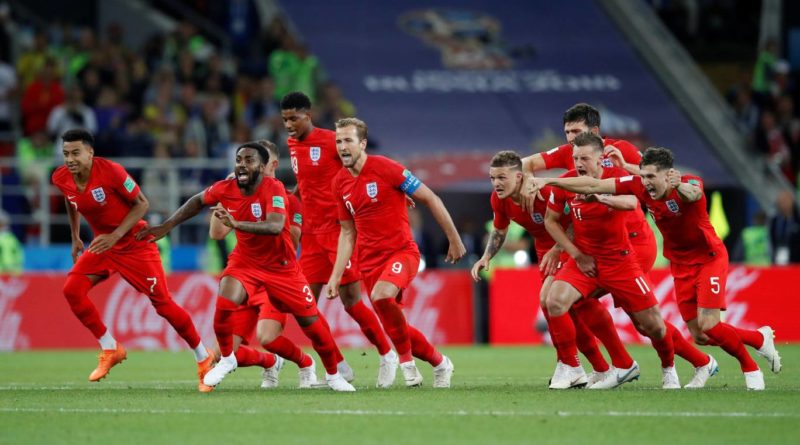 Substitute Dier made no mistake from the spot to spark wild scenes of jubilation and relief. England had lost six of their previous seven shoot-outs at major tournaments, but will now face Sweden on Saturday in Samara.

It looked like England were heading for more heartache as Jordan Henderson had his spot kick saved, but then Mateus Uribe hit the bar and Jordan Pickford made a brilliant stop to deny Carlos Bacca.

In a truly dramatic contest, Kane showed nerves of steel to put England in front in the 57th minute. There were a three minutes between the decision being awarded and him finally stepping up to take it.

Colombia tried every trick in the book to put him off, including roughing up the penalty spot, but all to no avail.

It was justice for England as once again a player was found guilty of grappling Kane to the ground at a set piece – this time Carlos Sanchez.

They were seconds away from a famous victory in normal time only for Yerry Mina to head in his third goal of the tournament despite Kieran Trippier’s best efforts to clear off the line.

The match was littered with controversial incidents and England will argue Colombia should have been penalised far earlier when Wilmar Barrios was seen headbutting Jordan Henderson in the area.

England’s players demanded referee Mark Geiger look at the clash on VAR but to no avail.

Replays showed that contact was made and it should have been a red card and a penalty.

Back in the ITV studio, former Premier League referee Mark Clattenburg, said: “Clearly England aren’t getting any justice with the VAR system. Movement up with his head is violent conduct.”

Even one of the Colombia coaching staff got involved at half-time, barging his shoulder into Raheem Sterling as he ran in for half-time.

As expected, England coach Gareth Southgate named the same team that started the tournament against Tunisia.

That meant a recall for Dele Alli, who has missed the last two matches nursing a calf injury sustained in that opening match.

As for Colombia, they were without star player James Rodriguez due to a calf injury, which might explain why they opted for spoiling tactics instead of a game of football.

It was clear from the moment the England players walked out at the Spartak Stadium that this would feel very much like an away game.

Those wearing the yellow of Colombia far outnumbered the England fans – something that was clear to hear when the national anthems were sung before kick-off.

The atmosphere was intimidating to say the least. As England bossed possession in the early stages, their every pass was greeted with shrill whistles and jeers.

For the youngest side left in the competition, it was a real test of their mettle. To the Three Lions’ credit, they settled the quicker and dictated affairs.

The only question was whether they could break a dogged Colombia side down and they didn’t make keeper David Ospina work enough.

Kane, who led the line with aplomb for 45 minutes, had the best opportunity. Trippier fired in a cross from the right, but the speed of the cross meant the Spurs striker couldn’t quite get the contact he wanted and his header landed on the top of the net.

Jesse Lingard also fired over the bar deep in injury time when Barrios cleared the ball into his path.

Colombia’s main threat, apart from when they were roughing up England players at set pieces, came when England gave the ball away in their own half.

But the only effort Jordan Pickford had to save before the interval was a tame strike straight at him from Juan Quintero.

England failed to press home their advantage in normal time. Dele Alli should have done better from a Trippier cross but apart from that they looked to be just holding out for a 1-0.

Southgate’s men can’t say they weren’t warned. Jose Pekerman’s side threatened an equaliser when Kyle Walker was caught napping and it led to a glorious chance for Juan Cuadrado, but the former Chelsea man sliced the ball wide.

Then moments later, another Chelsea flop Radamel Falcao failed to direct his header on target, although Jordan Henderson did well to make it awkward for him.

Pickford did brilliantly to stop Mateus Uribe’s fierce shot going into the top corner, but it was from the resulting corner that Mina headed in.

It was all Colombia in the first period of extra time – the men wearing red looked tired and rattled, barely able to get out of their own half.

But the second 15 minutes was a different story and substitute Eric Dier should have clinched it but sent a free header over the bar.

However, the Tottenham midfielder proved to be the hero after all and now England can start to dream that anything is possible. 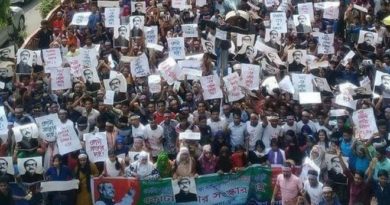 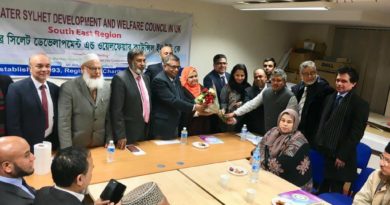 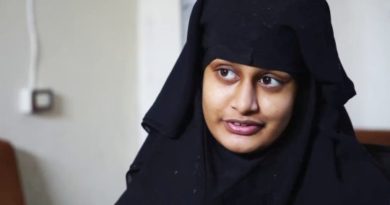