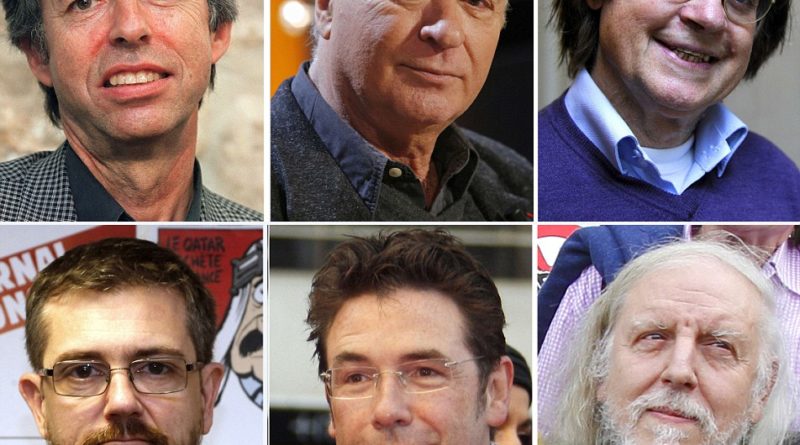 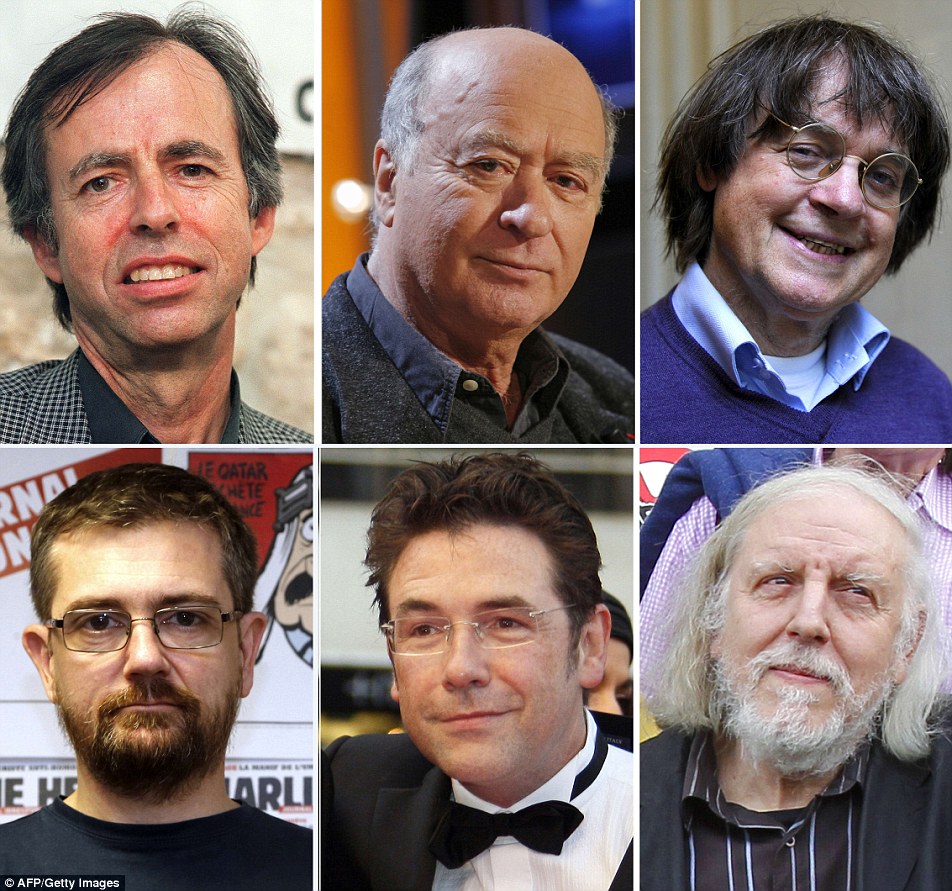 Bangla sanglap desk:This is the haunting first photograph from inside the devastated Charlie Hebdo office hit in a deadly terrorist attack in Paris yesterday.
The chilling image from the building shows blood-stained wooden floors, papers strewn across the corridor and a pool of red in one corner.
Eight journalists, two police officers, a maintenance worker and a visitor were killed in the horrifying attack on the anti-Islamist newspaper.
Tonight, two armed suspects wanted over the massacre were being pursued through woodland as a huge manhunt closed in on a forest. 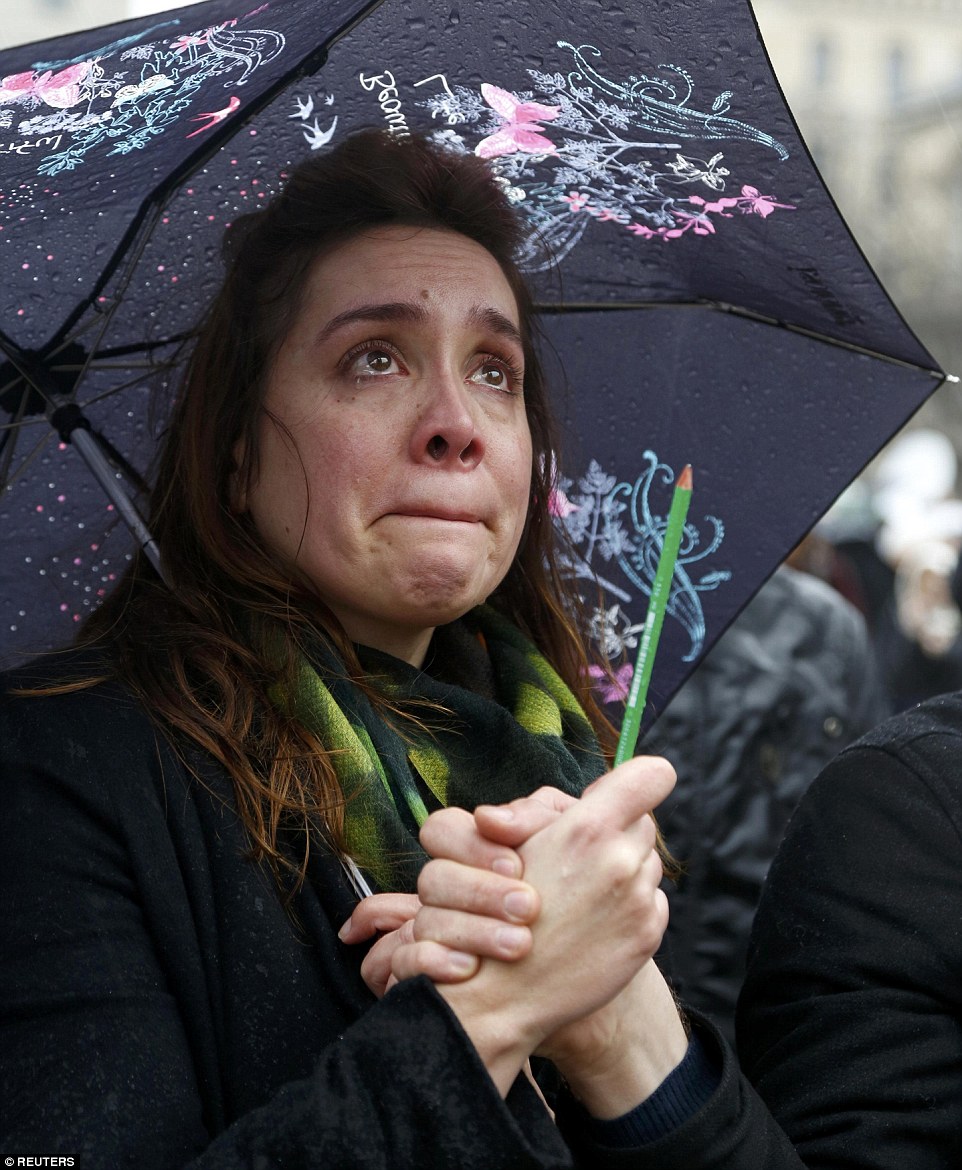 Police believe they have tracked down the brothers to a remote area about 50 miles north-east of Paris after reportedly robbing a nearby petrol station.
Officers are said to have found a Molotov cocktail bomb and jihadist flag in the car of Cherif and Said Kouachi, which they abandoned before fleeing.
The men, still armed, headed on foot into the vast Forêt de Retz (Retz Forest) that measures 32,000 acres, an area roughly the size of Paris.
The office picture was released following images showing the moment that a murdered police officer pleaded for his life before being executed.
A video from the scene of yesterday’s massacre shows officer Ahmed Merabet – believed to be a Muslim – lying wounded on the pavement and begging for mercy before being shot at point-blank range by the terrorists. 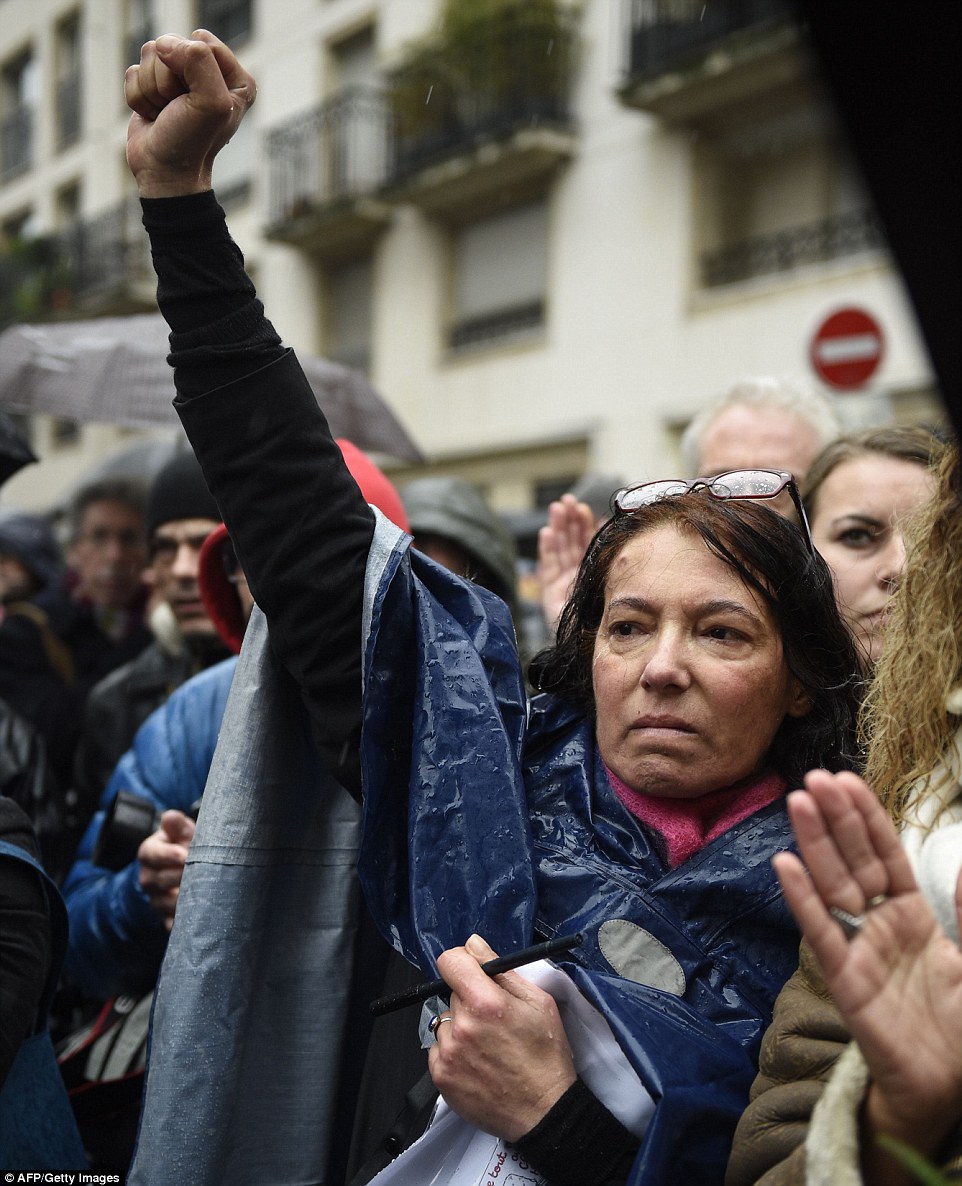 As they approach, the 42-year-old is seen raising his hand in appeal for mercy, before asking: ‘Do you want to kill me?’ The gunman then answers: ‘OK chief’ before shooting him through the head with the assault rifle.
The gunmen then return to the car driven by an accomplice, sparking a massive manhunt which was continuing last night.
The shocking images were broadcast all over the world, depicting the sheer brutality of the horror that unfolded in the attack at the Charlie Hebdo offices in Paris, in which 12 innocent people were killed.
Among the victims, the Al Qaeda assassins – identified as two brothers and an 18-year-old accomplice, all with Algerian links – shot dead two policemen.
The massacre was condemned around the world as an assault on freedom of speech. The magazine, which mocks politicians and religions alike, was firebombed in 2011 after carrying a caricature of the Prophet Mohammed.
PHOTOS SHOWING SHOCKING MURDER OF POLICE OFFICER 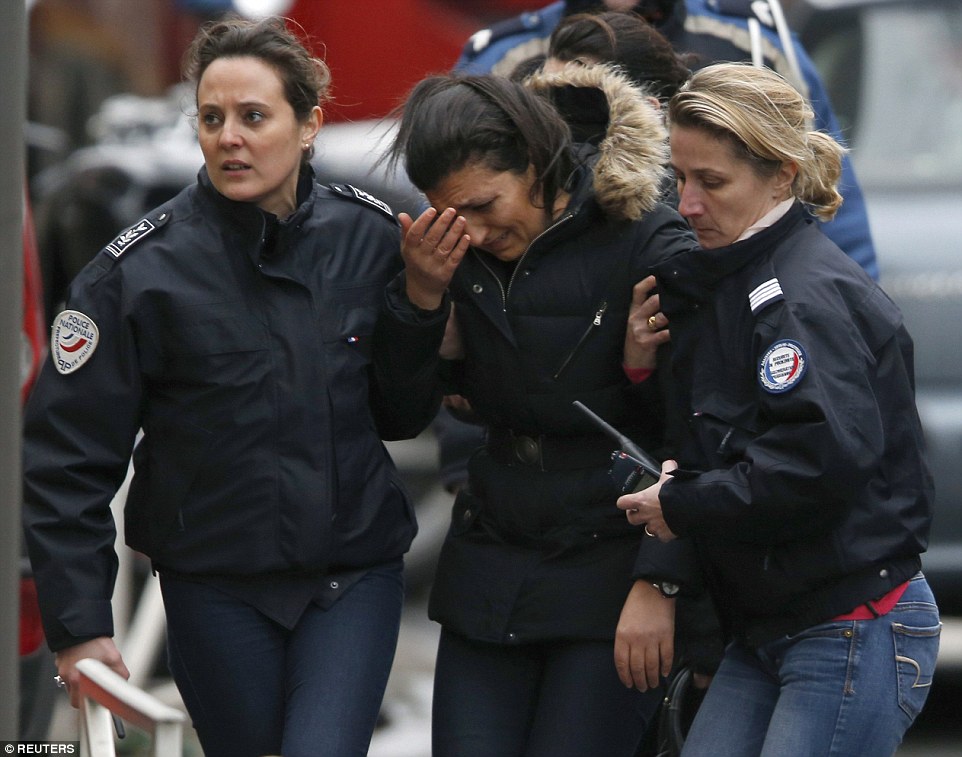 These shocking images were broadcast all over the world yesterday. We appreciate they may distress some readers, but believe they must be published so the sheer brutality and horror of what happened may be fully understood. Out of respect for the murdered officer and his family, his face has been obscured.
Nine of its staff were killed in yesterday’s atrocity, including the editor and three cartoonists. It was France’s worst terror attack since 1961.
Opposition MP Jacques Myard said: ‘We are at war, the Western nations – like Britain, France and Germany.’
The hooded, heavily armed gunmen – described by police as operating like a commando unit – told witnesses they were from Al Qaeda and trained in Yemen.
Last night the Paris outrage was being seen as the ‘spectacular’ that Al Qaeda had been threatening since the dramatic rise of Islamic State replaced it as the most feared jihadi organisation.
The suspects were named as Said Kouachi, 34, his brother Cherif, 32, and Hamyd Mourad, 18.
A police operation took place late lat night the north-eastern city of Reims, where Said lived.
Early this morning, a source close to the case said Mourad surrendered to police ‘after seeing his name on social media’ and was arrested at an undisclosed location.
Dozens of members of the elite anti-terror unit were surrounding an apartment building.
The Kouachi brothers hailed from the Paris suburb of Pantin, where Cherif still lived.
He was convicted in 2008 and jailed for three years for his association with a group sending jihadist fighters to Iraq.
Hamyd is believed to have been living recently in Charleville-Mezieres, in the French Ardennes. All three men had Algerian origins. 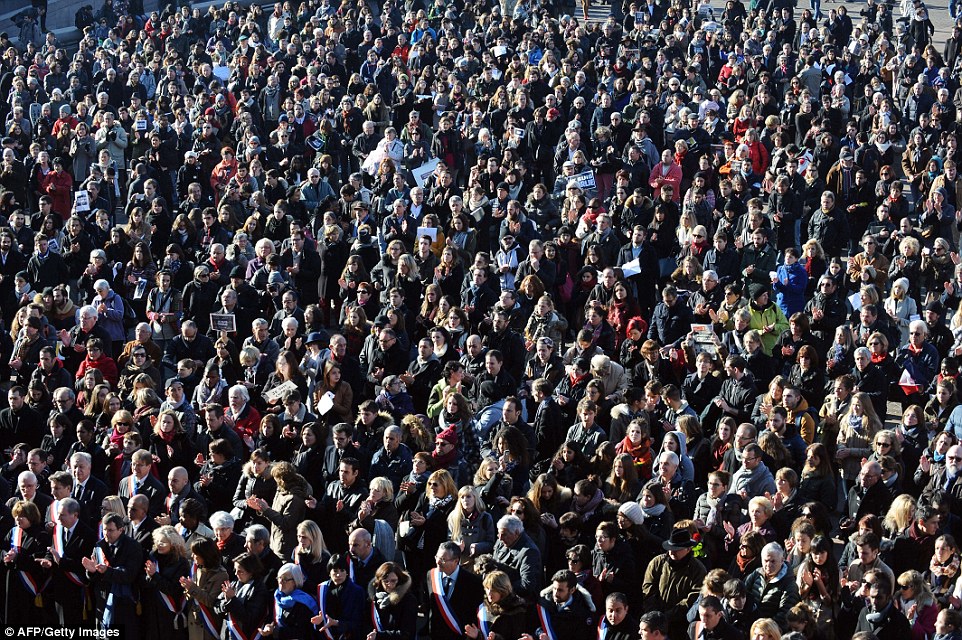 The massacre at the second-floor offices of the magazine in the heart of the French capital appeared well planned with gunmen calling out names of journalists and cartoonists before shooting them.
Police union official Rocco Contento warned: ‘There is a possibility of other attacks and other sites are being secured.’ 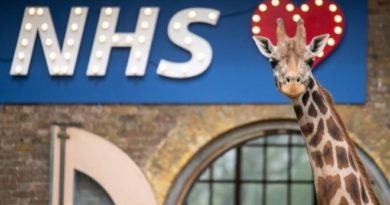 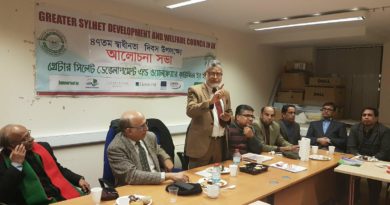 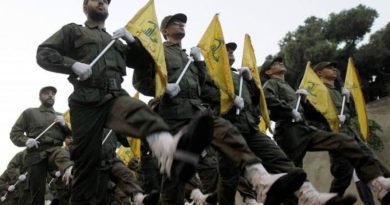